In this frenetic, fast-paced world we often forget to take a minute to stop and smell the roses. Or, more accurately, to write blog posts. Sorry about that. It’s been a while.

But we’re in 2016 now, according to my Outlook calendar, and so much has happened already. I’m at work and feeling vaguely creative – chiefly due to the David Bowie playlist I’m vibing (R.I.P. by the way, you fucking legend) – so I think it’s a good time to briefly touch on some of the major talking points in sport over the past week or so.

Also, as I said, we haven’t written anything in a long time, so this is well overdue.

You don’t need a hot take from me on this – or on anything, really – so I’m not about to add to the noise on that front, other than to say that sport has once again provided the perfect looking glass through which to view our shortcomings as a society.

Last year, it was the Adam Goodes ‘thing’ that we were all talking about (which TPA covered extensively). This debate – to boo or not to boo; our inherent ‘right’ to boo and not be judged; why do adults have to ‘boo’, anyway – provoked a visceral reaction from those on both sides; again, Australians were splintered down the middle. This was Australia’s version of the gun debate currently raging in the states.

Are we racist? Are we sexist? Are we both? Thanks, sport, for making us feel ashamed/proud to be us, whoever we are. Just to be clear, it’s a good thing that we’re asking ourselves these questions. 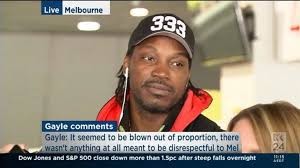 It’s here and it’s about bloody time: 34 current and former Essendon players will face a 12-month suspension as per the Court of Arbitration for Sport’s verdict this morning.

Over the past three years, Essendon and James Hird maintained they did nothing wrong, despite evidence pointing to a systemic injection program that lasted a full AFL season.

Roy Masters eloquently makes the distinction between the Cronulla verdict (its players only received a three-week suspension) and the Essendon verdict: basically, the Sharks admitted their wrong-doing, while the Essendon football club maintained its total innocence.

There’s much more to it, but essentially, Essendon arrogantly stuck to their guns all the way through. Unlike Cronulla, Essendon could afford to fight the courts, without fear of bankrupting themselves into oblivion, but that doesn’t mean they should have. They lost $1.3 million last year and will now face the prospect of legal action from affected players. If Essendon was an NRL club, they’d probably have folded by now.

There have been many instances of doping in world sport over the years, but rarely has there been something so systemic and ingrained than the Essendon program. The club’s wholehearted refusal to admit wrongdoing – and the AFL’s reluctance to comply with ASADA to the same extent that the NRL did, without any interference – means that the casual observer can have little sympathy for either the AFL or the Essendon football club. 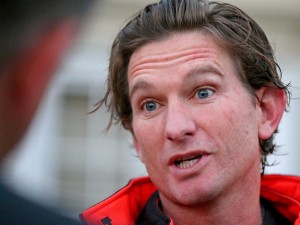 The summer of tennis is already upon us, with Nick Kyrgios and Bernard Tomic set to grab all the headlines this Australian Open.

In fact, they’re already doing so, with both attracting headlines in the past week for a) their on-court results at the Hopman Cup and Brisbane International, respectively; and b) alleged “bad boy” behaviour (For Kyrgios, some on-court outburst; for Tomic, something about not wanting to pay a $20 court hire, I think; I didn’t actually read the article).

Australia needs this Tomic v Kyrgios rivalry to transcend their off-court behaviour. Both are talented players; both are, so it seems, bloody unstable as human beings.

That said, I’m excited for anything that happens regarding these two. I expect fireworks this Australian Open. I’m secretly dreaming of a fourth round match up where the winner takes all (‘all’ being the collective hearts of the Australian people). Who can be the baddest bad boy? Whose girlfriend did Kokkinakis bang this time?

Personally, my heart lies with Tomic though. It always will.